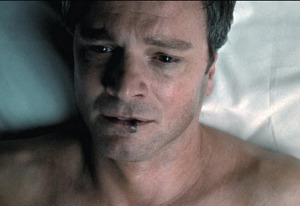 This one feels like it’s been complicated in recent weeks, too. I still don’t think Jeremy Renner will have the momentum to take the prize and I would be shocked if Clooney wins, even though I would cite Up in the Air as his finest performance. He should also, as argued by Stephanie Zacharek, be rewarded for his great role in Fantastic Mr Fox, but unfortunately that film, like Clooney, will go home empty-handed.

END_OF_DOCUMENT_TOKEN_TO_BE_REPLACED 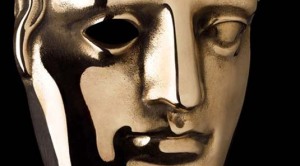 You can listen to the podcast on which we ‘discussed’ these here but, for the purposes of finality, here are the predictions we made for this year’s BAFTAs. Also, make sure to follow us Live Tweeting the show this evening.

END_OF_DOCUMENT_TOKEN_TO_BE_REPLACED 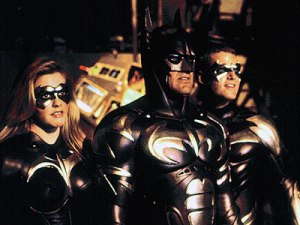 Lists are made to be argued with, so I won’t deny that primal urge, but I do feel obligated to hold onto Movie Overdose’s position as the only, and it does seem only, defender of Batman & Robin as a movie experience.

The film was today voted the worst film of all time by Empire Magazine readers, something I just cannot agree with. I don’t deny that Batman & Robin is a terrible film, but what was everyone expecting? Batman Forever is a far less joyful and dumb experience, one which still believed that things were going down a good path. Joel Schumacher has proved again and again that with a budget, he’s a douche. I was never expecting Batman & Robin to be great and, therefore, why not just sit back and enjoy the relentless stupidity of everything that happens.

Also, consider what it’s actually doing. This is not a film which is pretending to be cool or clever. Everyone in it, especially the dead-eyed Clooney, completely understands that this is a terrible film. Even Schwarzenegger has to bring his quip A-game to the party to attempt to ring some fun out of his insane dialogue. To contend that a film with such low aims doesn’t manage to succeed to meet them is one that lies to opinion. If you feel this film didn’t meet its aims, it probably is among the worst films ever. But I would argue this film meets those low, low aims perfectly well.

Yes, Batman & Robin is a terrible film, but it wholly crosses the line to be so bad it’s watchable. If you are watching this movie with The Dark Knight in mind, shame on you. That film was expected to be, and was, really good. It took a better storyline, better villains, better actors and a much better director and, shock horror, resulted in a better film. Batman & Robin took a dying franchise which thoroughly deserved to die and be taken in a completely different direction and thuddingly, camply thrust the knife into the heart of the series.

Without this overblown mess, you would not have what followed in the future, and there are many more bad films which have pretensions of grandeur and greatness which thoroughly deserve to be consigned to the shitter of history. But let us keep Batman & Robin, the most gloriously terrible superhero film we have.

Sam’s Most Anticipated Films of 2010

Not ranked, but just sixteen movies I picked out for my enthusiasm to be aimed at this year. Just a note the following have been excluded for a variety of reasons: Kick Ass/Shutter Island (both coming out pretty soon), The Tree of Life (was on last year’s list and may still not come out this year), Inception/Toy Story 3 (too big to need my advocacy) and Scott Pilgrim vs The World (purely because Tommy was always going to choose it). Also, remember to check out Chris’ list here.

So, here are the sixteen I’ve chosen, in alphabetical order, after the jump:

END_OF_DOCUMENT_TOKEN_TO_BE_REPLACED 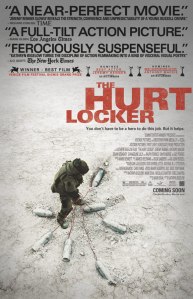 END_OF_DOCUMENT_TOKEN_TO_BE_REPLACED

Time to have a little guess again at which films could be nominated for Oscars in a couple of months time, just entirely based on hype and vague attempts to understand the predictable nature of the Academy. So, for debate and conjecture’s stake, enjoy these predictions for the Oscar nominations in 2010, post jump. END_OF_DOCUMENT_TOKEN_TO_BE_REPLACED 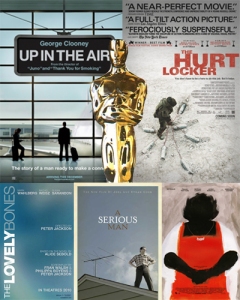 As we are prone to do, it feels like to kick-off the Oscar buzz season as awards from major film festivals begin to roll in and the ceremony approaches. I realise that this may feel like the kind of wishing-life-away feeling that it given as you walk into shops in mid-September and see Christmas stock out all over the place, but these will get more frequent as we get closer and can begin to actually predict what could win. This is more to provide an interesting gauge of how buzz works, how it changes and how wrong we could well end up being by the time the awards come around.

So, just for the big few categories, here’s what seems like it’s going to cause a stir this year: END_OF_DOCUMENT_TOKEN_TO_BE_REPLACED 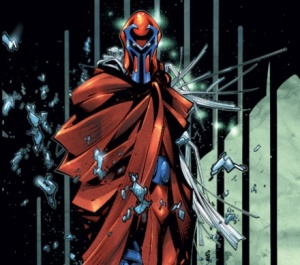 Looks like George Clooney could end up directing the Hamdan vs Rumsfeld project, with Matt Damon starring.

Precious is beginning its Oscar buzz season with a win in Toronto.

Jack Kirby’s estate has begun delivering copyright termination notices to a whole bunch folks, including Marvel and Disney, relating to characters the late creator was responsible for.

Declaration of Independence: The Ten Principles of Hybrid Distribution from Indiewire.

Johnny Depp is reportedly less interested in another Pirates movie without Dick Cook at the helm of Walt Disney Studios.

MTV has an exclusive excerpt from Kevin Smith’s SModcast book.

Twitch has an interview with Guy Maddin at TIFF about Night Mayor.

District 9 has made it over to Nigeria. 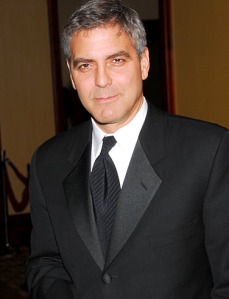 George Clooney has signed on to star in A Very Private Gentleman, the adaptation of the Martin Booth novel being helmed by Anton Corbijn, the famed photographer and director of the excellent Joy Division biopic Control.

Sean Penn is to star in the English language debut of Paolo Sorrentino, the director of Il Divo, called This Must Be the Place. Penn will play an aging rock star who becomes bored in retirement and makes a decision to track down the killer of his father.

Lynne Ramsey, the prodigiously talented director of Ratcatcher and Morvern Callar, is bringing Lionel Shriver’s We Need to Talk About Kevin to the big screen.

The trailer has shown up for Sherlock Holmes, the Guy Ritchie-directed take on the character, and features another comic tour-de-force from Robert Downey Jr.

Ben Stiller has been talking up Zoolander 2 in an interview with the UK’s own Screenrush.

Akira Kurosawa’s Kagemusha is to be released in a brand-spanking-new Blu-ray edition through Criterion.

Chris Hemsworth, who made a genuine impression in his ten minutes in Star Trek, is to play Thor.

Dustin Lance Black, the writer of Milk, has lined up Liam Neeson and Jennifer Connelly for his directorial debut, What’s Wrong with Virginia?

The guys over at /Film have found two reports from folks about test screenings for The Fantastic Mr Fox, the next, animated movie coming from Wes Anderson. Both are pretty universally positive, despite the fact the film is not yet finished with dialogue missing and some of the animatics not yet completed.

The first awards the film 9/10, praising the balance of adult and child humour and the pacing of the overall work.

The second is somewhat more in depth but comes out with much the same conclusions, praising the voice work, the look of the stop-motion and general praise for the work done by Anderson in adapting such a beloved text.

I’m pretty excited to see Anderson really jump outside his comfort zone and try to make a visually exciting film. He already has a set visual style, but much of it is cribbed from Hal Ashby movies and there is little in the way of challenging directorial decisions made. This could well change all that and, hopefully, will renew faith in Anderson for those stung by the weak Darjeeling Limited.