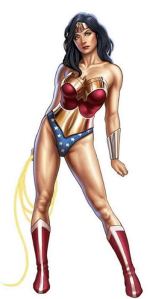 IESB reported over the weekend that Warner Brothers and Silver Pictures are seeking a director for a live-action Wonder Woman movie. The article says: “The studios are enthusiastically working together to attach elements to the film to get it up and going quickly.”

It would have to be said that we have heard such things before. I’m sure all the Buffy/Firefly/Serenity fans will remember the day Joss Whedon announced he would officially no longer be taking on an adaptation.

The film has a great deal of promise when attached to the pen and directorial sword of Whedon, especially given his skill in writing great female characters, supporting or not. It always seemed that The Bionic Woman would have been a great Whedon project should he have been granted a shot at it.

The wider question, as we asked last week after Mark Millar’s pronouncements over upcoming plans for Superman movies, is whether Wonder Woman, or any superhero, is need to further clog up the schedules. I would suggest with Wonder Woman that she fits the wider remit of having little in the way of history with the film industry as regards bad franchise adaptations. Plus, she is a strong female character which should chime with modern audiences now saturated with male crime fighting do-gooders and superpowered, troubled heroes. She could certainly find a place in a world where the only female franchise superheroes of the past few years have been Electra and Catwoman.

Twilight racked up first-day sales of 3 million for its DVD release.

Warner Brothers is to open its archive for sale, offering custom made DVDs for $20 a pop.

A biopic of Steve McQueen is in the works. As is one on Pancho Villa. Oh, and one about Judy Garland, starring Anne Hathaway.

Kurt Russell has turned down an opportunity to star alongside former cohort Sly Stallone in The Expendables.

Amanda Seyfried has dropped out of Zack Snyder’s Sucker Punch. Apparently its due to a shooting conflict with HBO drama Big Love.