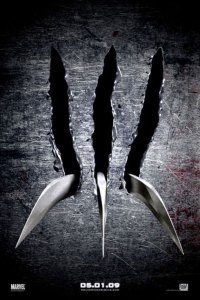 X-Men Origins: Wolverine followed its super-sized bow in the US with a chunky haul in the UK too, taking £6.6m during its first five days on release. It meant Miley Cyrus and her Hannah Montana: The Movie had to settle for second, despite the youngster’s publicity wave throughout the week trying to promote the film.

Hannah Montana took a solid £2.03m to finish in second, over double the take of previous number one State of Play, taking £0.98m to just nip in ahead of Matthew McConaughey and his Ghosts of Girlfriends Past.

Zac Efron clung onto fifth with 17 Again, followed up by Monsters vs Aliens, Fast & Furious, I Love You, Man, In The Loop and The Uninvited to round out the top ten.

The only disappointment of the week was the £123,309 taken by Is Anybody There?, the new film from Sir Michael Caine.

It’s likely Wolverine’s time at the top will be obliterated in the coming week with the release of Star Trek but, after a very troubled route to cinemas, this one really did some solid business, as can be shown from the ridiculous number of further X-Men projects now being flung into development.