Chris’ Most Anticipated Films of 2010

The Movie Overdose’s newest, and essentially lone writer Chris Inman outlines his most anticipated movies of the coming year. Listen to Sam, Tom and John’s choices on Episode Number 48. 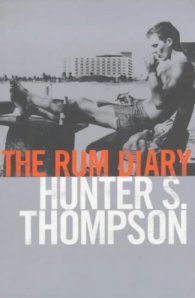 Why the buzz? : Johnny Depp has been a little disappointing of late, starring in major films where he seems to play a caricature of himself, so a return to a more intimate character-driven role will hopefully see a return to form. His performance in Fear and Loathing in Las Vegas shows that he is able to ply his trade in supposed ‘unfilmable’ Hunter S Thompson adaptations. Giovanni Ribisi and Aaron Eckhart also star in this story of a freelance journalist writing for a paper in the Caribbean who develops a fixation for rum and a businessman’s fiancée.

END_OF_DOCUMENT_TOKEN_TO_BE_REPLACED

ComingSoon.net has come into a host of photos from the set of The Expendables, the insane-sounding action movie coming from Sylvester Stallone and starring luminaries including Jason Statham and Mickey Rourke. The photos are primarily of Stallone running about and jumping off stuff but it’s just darn good to see him about and obviously enthused about the project. Check out more photos at here.

In addition to that, you can now follow live updates of the happenings on set here.