Sasha Baron Cohen’s next project will, according to The Sun, be another mockumentary about character trying to enter the Eurovision song contest. I would love to see him walk away from that style as Borat and Bruno were too hit-and-miss for my tastes. Isn’t this well dry?

Terminator Salvation/Avatar duffer Sam Worthington is in talks to star in The Tourist, alongside Charlize Theron.

Hugh Jackman is going to star in The Greatest Showman on Earth, a biopic of PT Barnum.

Carla Gugino is to reteam with Watchmen director Zack Snyder on his Sucker Punch. 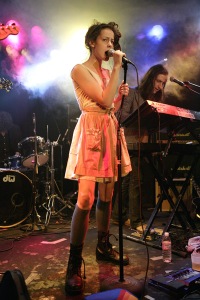 Zack Snyder’s Watchmen follow-up Sucker Punch has run into a little further casting trouble with two more of his leading cast members dropping out of the project.

First, lead Amanda Seyfried left owing to commitments with other projects, notably her filming schedule for HBO’s Big Love. Now it seems that Emma Stone and Evan Rachel Wood have joined Seyfried in leaving the project, leaving only Abbie Cornish and Vanessa Hudgens from the original five named for the movie.

According to the report on /Film, both Stone and Wood have dropped out owing to scheduling conflicts. I would have to partially go against the assertion made in the /Film article however by saying that this must, just must, have to do with both the disappointing Watchmen box-office and, more than that, with the negative press given to Snyder’s direction of the film.

He certainly picked up praise for taking on the project in the face of such potential fanboy backlash, but his actual direction of the movie was it’s biggest problem, lacking the kind of nuance and emotional intention which goes hand-in-hand with better directors who had been interested in the project.

I’ve seen Malone in a few projects in the past but she’s never struck me or been particularly memorable, outside of her turn in Darko. I literally know nothing about Chung at all so I’ll just give her the benefit of the doubt for now.

So the questions are being raised and the production is beginning to role into gear for Snyder big follow-up. Whether he needs to deliver is unlikely as Watchmen will have given him currency for a little while. But with so many dropouts already, this production is starting to feel troubled from the outset.

Ponder: Is Zack Snyder Worth Getting Excited About? 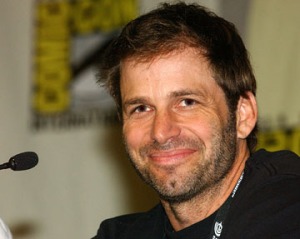 I was probably sitting right in the centre of the grand Watchmen debate. I didn’t hate the film with fanboy outrage or the bemused annoyance of the un-anointed. But I didn’t sing its praises in the way many others did. I will freely admit the film is a startling vision, but beyond looking just about right in comparison to its source material, it was poorly handled emotionally and imaginatively. Director Zack Snyder was my primary source of scorn. I don’t doubt the difficulty of the position in which he was placed. No one, Greengrass or Gilliam included, could possibly have pleased everyone with an adaptation of such beloved graphic fiction.

But, while that can be taken into account briefly, his attempt to please as many people as possible meant the overall work was compromised, ending up giving the world and mixed, muddled and messy moving storyboard of frames linked only briefly in the running time. He works so hard to make everything so close to Alan Moore’s print vision that he forgets to differentiate in his own mind between the two mediums. He is desperate to fit in as much dialogue and as many scenes from the novel as he can, in the process sacrificing any creativity which should be brought to any adaptation.

Watchmen feels flat and lifeless on the screen, only managing to break into moments of greatness through the generally good performances and some superlative sequences. Is it not telling that easily the most brilliant moment of Watchmen is the opening title sequence? Tracking the alternative history Moore sets up through visually breathtaking montage; re-appropriating Dylan’s ‘The Times Are A-Changin’ to be an anthem for his history rather than for 1960s America; these are the brave moves taken by a director who understands he cannot possibly fit the source material onto the screen wholesale and must improvise. It’s that moment, when Snyder gives himself the freedom to interpret the source material in his own way, that you feel finally as though a real adaptation is occurring in front of your eyes.

For me, although I think Watchmen is a finer achievement of scale, Dawn of the Dead is still the most successful and satisfying project of Synder’s. Here, he had no qualms about giving his own take on a classic original film, eschewing the political and social concerns of Romero’s original to produce a visceral, thrilling action film. He interpreted the material brilliantly, something he resolutely fails to do in either Watchmen or the turgid 300.

Snyder has now been talking up his next project, Sucker Punch, and the bravery of Warner Bros in putting out his films in the past. I don’t deny WB has become the top major studio for taking risks with its major projects. But Watchmen directed by Zack Snyder is nowhere near the risk which would have been involved in taking on Watchmen by Gilliam or Watchmen by Greengrass (even if his re-contextualisation would have been a step too far). Sucker Punch, which will follow a young girl sent to a mental asylum and her fantasies of escaping alongside her fellow inmates, doesn’t really sound like much of a risk either. Snyder’s Watchmen may not have done the kind of business many were hoping for – although I will continue to argue against that – but this is a project in which a relatively bankable director has recruited five very attractive young women (lead Emily Browning joined by Vanessa Hudgens, Abbie Cornish, Evan Rachel Wood and Emma Stone) to take part in what I predict will be a series of semi-intense action sequences and recall the kind of Grindhouse films Tarantino so desperately aimed for a couple of years back. I don’t deny that sounds entertaining, but I can’t imagine this will provide any evidence to contradict that Snyder is a competent director with a knack for divisive slo-motion action and no ability to harness the emotional core of a story.

Following the move by Amanda Seyfried to drop out of Zack Snyder’s Sucker Punch, it appears a replacement has been found.

Emily Browning, most recently in The Uninvited and previous in Lemony Snicket’s A Series of Unfortunate Events, is being rumoured as the replacement for Seyfried in the role of Baby Doll, the inmate of a mental asylum who lives inside a fantasy world in which she imagines escaping alongside her fellow inmates.

I know literally nothing about her as an actress but, given the rest of the casting, she does fit the attractive, young starlet category Synder appears to be seeking.