Round Up – Michael Moore To Go Fiction

Michael Moore is, according to an interview with the Detroit News, planning to transition into narrative filmmaking. Not sure that will be much of a transition for our ‘documentarian’ there.

Though this will please my podcast co-host, it won’t please anyone else. David Twohy and Vin Diesel are hard at work on another Chronicles of Riddick film.

The trailer for The Killing Room is pretty interesting but, to be honest, seems like a little too much is given away as to the tone of the film. We’ll see.

Netflix and Disney-ABC have signed an agreement for a number of top shows on the network to be streamed through the service. Big step into Hulu’s market for Netflix… perhaps not smart to meddle and better to concentrate on making a great movie streaming service first.

The great Michael C Hall from Dexter is to star in an indie comedy called East Fifth Bliss, about a guy who has a relationship with the eighteen-year-old daughter of a buddy.

Will Recession Drive People to the Movies? 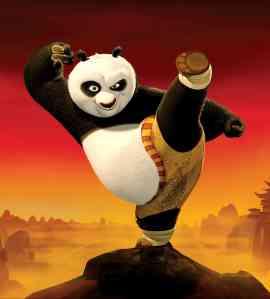 DreamWorks Animation SKG this week announced a 31 per cent drop in its fourth-quarter revenue, this in spite of the major box-office success seen for its Kung Fu Panda and Madagascar properties. The weaker results, according to this report from the Associated Press, through Salon, is a poorer-than-expected performance from both of its tentpole releases on home entertainment formats.

It was a similar story earlier in the month when Walt Disney Co reported a drop in revenues from DVD sales of 26 per cent. The question now is whether this is a trend for people to buy less DVDs or, is this a 2008 thing. CNN reported this week that cinema ticket sales are soaring in the downturn as ‘struggling people are looking for a $10, two-hour escape’.

It seems to me the downturn could have a mixed impact on the DVD marketplace. DVDs have been coming down in price of late so perhaps people will start to purchase more with a view to spending only a tenner on one DVD for the whole family to watch, rather than spending forty quid on tickets for everyone. But although the price drop has been noticeable to those of us who purchase DVDs on a regular basis, its possible that families really struggling in the recession will avoid spending even this, maybe preferring to rent movies out. This could see a rise in the level of rentals seen both in high street outlets like Blockbuster and for online players like LoveFilm and Amazon (or NetFlix for my friends in the US).

That’s all highly speculative but I personally can only see the escapist angle of cinema working well while people actually have enough money to seek solace from the recession in the theatre. Surely, at some point, the time will come that families will be unable to afford this on a regular basis and will either turn to buying, renting or maybe television. Wherever they turn, this seems to me to be the kind of reaction which only occurs at the start of a long recessive financial period, meaning that once the true magnitude of the problems set in, and people are unable for some time to envisage a return to prosperity, even purchases like cinema and DVD will prove too much to stomach.