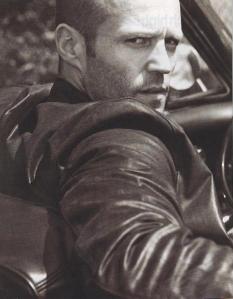 Jason Statham, in a further bid for b-movie ubiquity and greatness, has been signed to take on the role originally played by Charles Bronson in a remake of The Mechanic.

The story follows a hitman who finds himself in the position of training one of the sons of his victims.

The film will be directed by Simon West and is being produced by Irwin Winkler and Robert Chartoff.

Statham could do with a really decent action movie following a couple of missteps, in my opinion, with Death Race, Crank 2 and the awful Transporter 3.

I love the dude, I get behind the career he is carving out for himself, but I am going to need some stronger projects to continue that support.

This at least sounds interesting, although I haven’t seen the original, and could provide a chance for some very good action moments and, possibly for some actual acting from the Stath.