Give a big welcome to Chris Inman, our brand new writer on the site. Better known to many as Spanky Patterson, Chris is a long-time listener of the podcast and has now moved on to become the first writer (outside of Sam) to join the site.

As a way of introduction, to allow you all to get to know him a little bit, here’s his five favourite movies of 2009, in ascending order, with his favourites of the decade to come in the next few days. 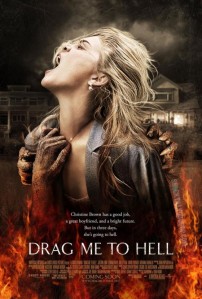 Not so much a horror film, more a demented amusement park ride.

Okay, kicking off my top 5 films of the year is Sam Raimi’s Drag Me to Hell. This could have gone so horribly wrong, because in essence this film is a more commercial version of the Evil Dead films, with the notable absence of cult hero Bruce Campbell.

I like to think of Sam Raimi’s absence in horror as him taking a long holiday from his day job, and then returning to find a temp has been sending photocopies of his bottom to all the clients.

Raimi has managed to pull off something that, from a visual and audio point of view, is like a blueprint for how to have the audience eating out of your hands.

The story starts off with a ‘cursed’ boy being exorcised before being literally ‘dragged to hell’, and it doesn’t let up from there-anything from a handkerchief to kitchen pots is a device to make you jump. I honestly believe Sam Raimi could make a film about making a cup of tea turn you into a nervous wreck

Raimi’s strong point has always been they way he can mix horror and comedy into the same scene without taking anything away from either. He does such a fantastic job of diverting your attention to concentrate on a possible shadow in the corner of a screen, before absolutely smashing something in the centre of the screen to scare the living hell out of you.

With most modern horrors, tension is built up slowly and any jump scares signposted five minutes early. With Drag me to hell the scares are instant, and the use of sound to bluff you into thinking something is going to happen, before catching you off guard when you think it was a false alarm is astounding. It’s also the last film I have seen 3 times in a cinema since Jurassic Park.

It’s not all good though, the acting isn’t fantastic (although I find it adds to the atmosphere of the film), it can sometimes go the wrong side of ridiculous, and unfortunately it’s about 15 minutes too long, but that doesn’t stop it from giving a boot up the ass to modern horrors. A horror legend at the top of his game. 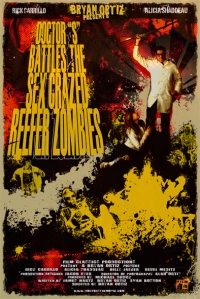 If you saw this Zombie comedy film, you are very lucky. It was very nearly higher in my list, the only thing that stopped it was the fact that it is nearly impossible to find or see. I was lucky enough to see this film at the Leeds Film Festival, and it blew me away.

The basic synopsis is that humans are being into transformed zombies by a military-created marijuana and a mysterious man known only as Dr S is on a zombie-ass-kicking mission. To be honest when I saw the title and plot of the film I thought ‘this is going to be a student movie made by some stoners with no movie making skills whatsoever’ – well get me a knife and fork to eat my words!

This film is not only funnier than Shaun of the Dead (which in itself is pretty damn funny), it is the perfect homage to B-movies. And for a low budget independent film, the director has a shedload of film making talent. Early on in the film, there is a scene where the only lights on the characters are the street lights, the rest is pitch black, while Dr S wanders the streets and I have to say for such a low budget film, it is one of the greatest shots I have ever seen.

The director uses the B-movie homage style to cover up a lack of budget, and so the poor make up is irrelevant. The story is also full of subtle references to other movies and it feels like a film made by someone who genuinely loves films. I haven’t seen plans for a wide release of this movie, but if it happens or if your local cinema gets the film reel, pawn off your face to pay for a ticket!

I am gonna get so much flak for loving this film!

Seriously I stand by my decision that despite some of the film’s ‘nasties’, that this is not only a great movie, but a piece of art. This film is eye-poppingly beautiful from the slow-motion, black-and-white homage to Tarkovsky, the hover walking through Eden, to the dream-like ending this film is as visually powerful as Tarsem’s The Fall (another astonishing film) or classic Bergman.

I think a lot of the bad press it got was off the back of the marketing of the movie. Emphasis was on certain ‘events’ within the film, which were actually very detached from the overall feel of the film. I think with all eyes on the torture elements of the film, people walked into this thinking it was going to be Saw crossed with Don’t Look Now.

What Von Trier has excelled at is giving the woods a personality – throughout the film there is a genuine feeling that all is not as it seems in Eden, and that the woods themselves are evil, as though nature itself is trying to destroy this couple. The two performances are excellent, and the long periods of silence between their speech adds to this element of mistrust between this couple.

The ‘Chaos Reigns’ scene is so out of place it threatens to ruin the overall feel of the film, and I believe the acts of mutilation are so extreme it feels a little distant (how can you feel the physical pain the characters are receiving when it is beyond your comprehension?), but maybe that was Von Trier’s intention.

This is definitely a love it or hate it movie, but I think it’s an important film to see because like all art, it provokes a reaction. Just don’t expect to completely understand it! 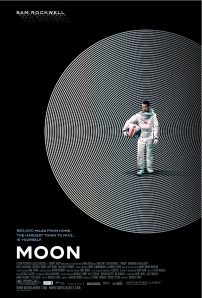 Even after watching this film and being in awe of it, I still wonder how it came to be made. The pitch would have been: ‘I want to make a film about one man, on his own, in space who then finds out he’s not the only one in space’. It sounds like any generic sci-fi you can care to mention. But Moon is more than that, so much more.

To mention any of the rest of the plot would be to do it for a disservice, I wish everyone could watch this film, like me, completely oblivious to what the film was about. Anyone who vaguely likes sci-fi will fall in love with this movie instantly and for one reason: quite simply it’s a modern masterpiece.

This film’s instant classic status is in no small part down to Sam Rockwell’s performance, it’s a good job that barely anyone else gets any screen time, because they would look like they have the acting skills of Megan Fox next to this man. This is Duncan Jones’ second film and I honestly can’t wait for his next. Despite being essentially a one actor show, the film never looks low budget and the sense of isolation is fantastic.

Add to this the mystery element of what is happening on the moon, a terrific supporting performance (well pseudo-supporting) by Kevin Spacey as a ship’s robot and you have what I believe is one of the best sci-fi films, not only of this year, but ever. 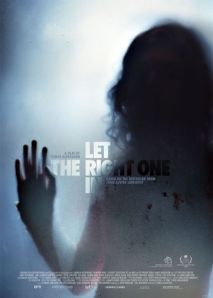 Proof that vampires do more than look vacant!

To top Moon, would take something really special, and this film is beyond that. It is a film that is at times beautiful, at times brutal, sad, happy, unnerving, and all the time completely natural. That you have a film that involves vampires, but is shot in the way that it could just be any real life day-to-day suburb in Scandinavia.

It is astounding how thinking about the movie, you realise just how many stories are happening in this film because whilst watching it there seems to be just one story about doomed infatuation. Aside from the vampire, you have a small town dealing with news that a serial killer is on the loose, bullying, growing up in a single parent family, paedophilia, and that’s before you deal with the explored possibilities of the various moral dilemmas involved in the main boy-falls-in-love-with-vampire story.

Twilight this film is not, any vampiric folklore is adhered to (can’t go out in the sun, need inviting into a house) with the utmost respect and there would be little on face value to suspect Eli of being anything other than a little girl.

The two lead characters are mind-blowingly good actors and there are small moments of action that will astonish you.

The only downside to this film is the ‘cat’ scene and the fact that this film can survive such terrible CGI is a testament to the achievement of the movie.